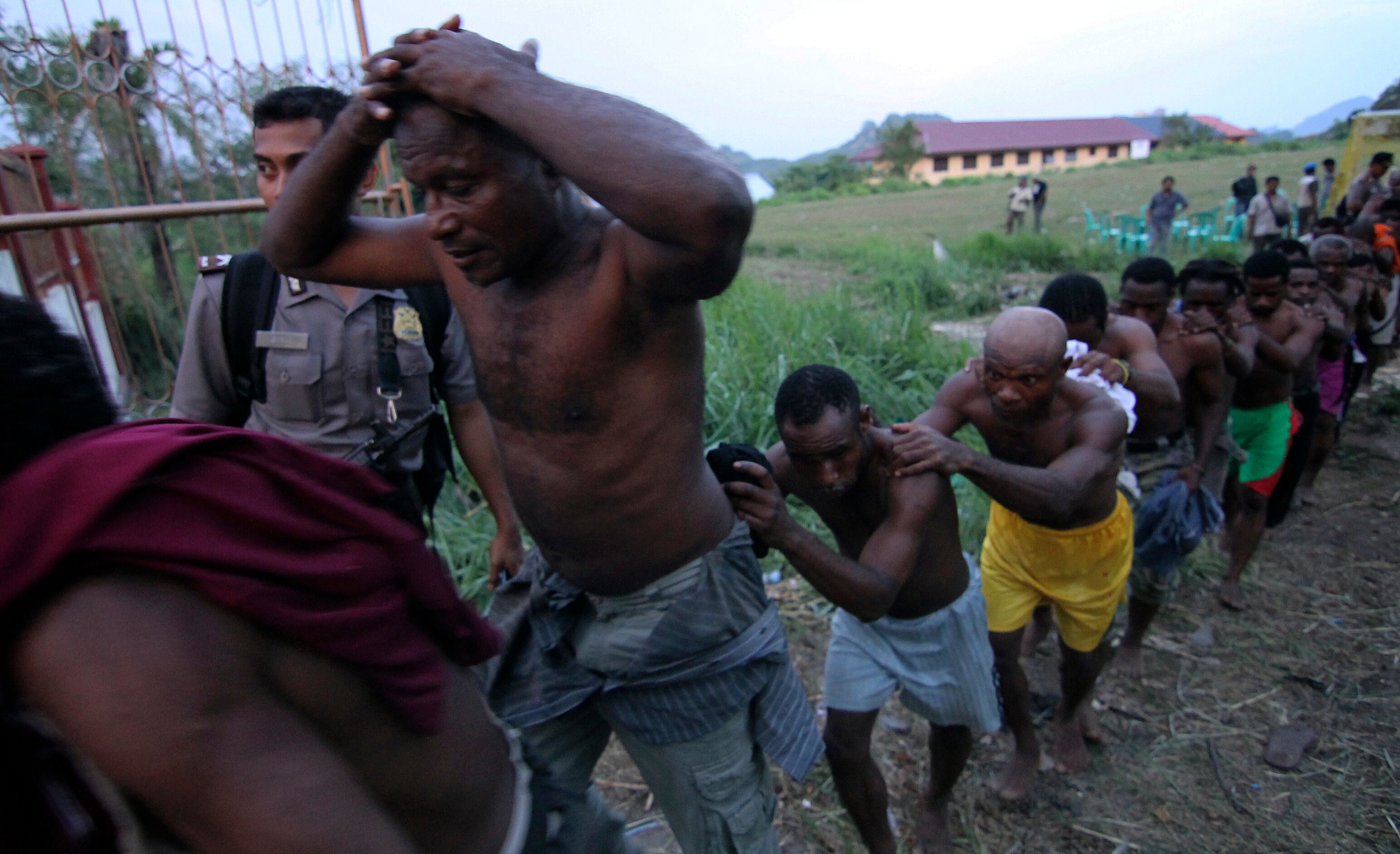 In 2010, Biwangko, Jason MacLeod and Maire Leadbeater, met with student activists in Jayapura, the capital of West Papua. All of the young people present had been beaten or jailed by the Indonesian police for nothing more than peacefully demanding a referendum on independence. Some of them had been tortured and all knew people who had been killed by the Indonesian police. Many of them had been targeted simply for being young and black.

Maire and Jason mentioned that both the New Zealand and Australian Governments were funding and training the Indonesian police. Maire asked the Papuans present, ‘what do you think about that? The Papuan students were horrified that their neighbours in Australia and New Zealand would be supporting the Indonesian police in any way. One young man jumped to his feet, looked at Maire and Jason directly and shouted, ‘F#*k Australia and New Zealand!.

Maire went on to organise a campaign to stop New Zealand government funding for a controversial community policing program with the Indonesian police. Maire's success and the challenge to be a good neighbour from those young Papuans got Rosa and Jason, and other friends, thinking about how we might organise a similar campaign to enable people in Australia and elsewhere to stand up for West Papua. That's where the Make West Papua Safe campaign started.