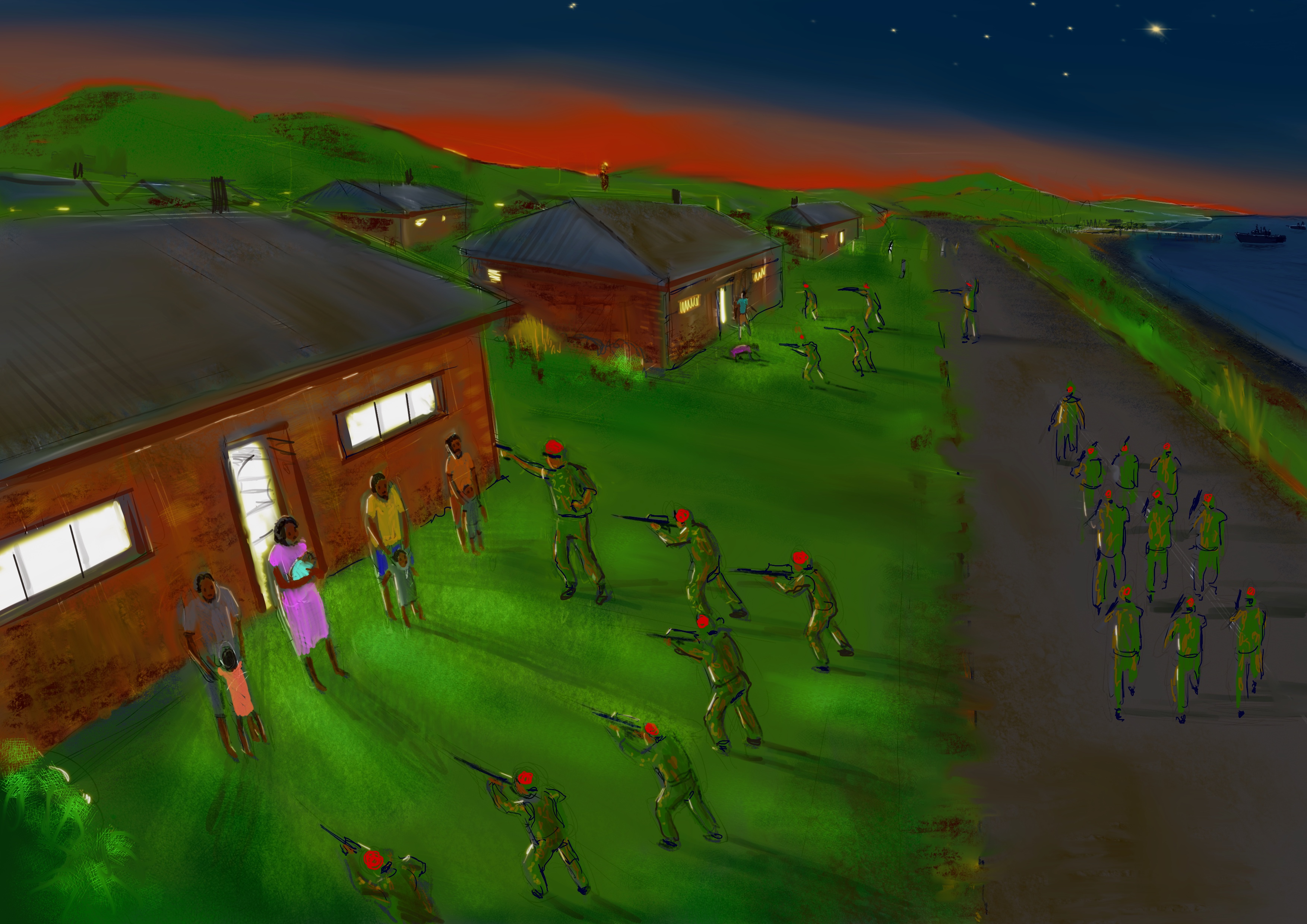 In September 2019 another action was held - again at the AFP.

This was part of an international day of action.

Check out this short video on Facebook which was widely shared.

People gathered and listened to a speech in solidarity with West Papua by local Gimuy Walubara Yidindji elder Gudju Gudju.

Human Rights Violations, genocidal activities and the oppression of First Nations Peoples continues to roll out in Melanesia and the Pacific. Right now, it is very dangerous in West Papua. The Indonesians want land and they are cutting down forests, building roads, forcibly removing people - just like they did in Gimuy 150 years ago.

After the speeches - we ripped up the Lombok Treaty. We printed out the Treaty and ripped it up. It is a terrible document, a terrible agreement. It is an agreement between colonisers.

The Lombok Treaty means the Australian Government will "respect the territorial integrity of Indonesia" - that is to say, refuse to speak out about what is happening there.

Lombok means that ordinary Australians, and other sovereign peoples living in this Great South Land will need to speak out about the Australian Federal Police. We must #StopTrainingIndonesia and #MakeWestPapuaSafe.

16.11.2018
The #MakeWestPapuaSafe campaign is rolling in Australia. Actions were launched in Cairns in November 2018. Our goal is to put pressure on...
Read More