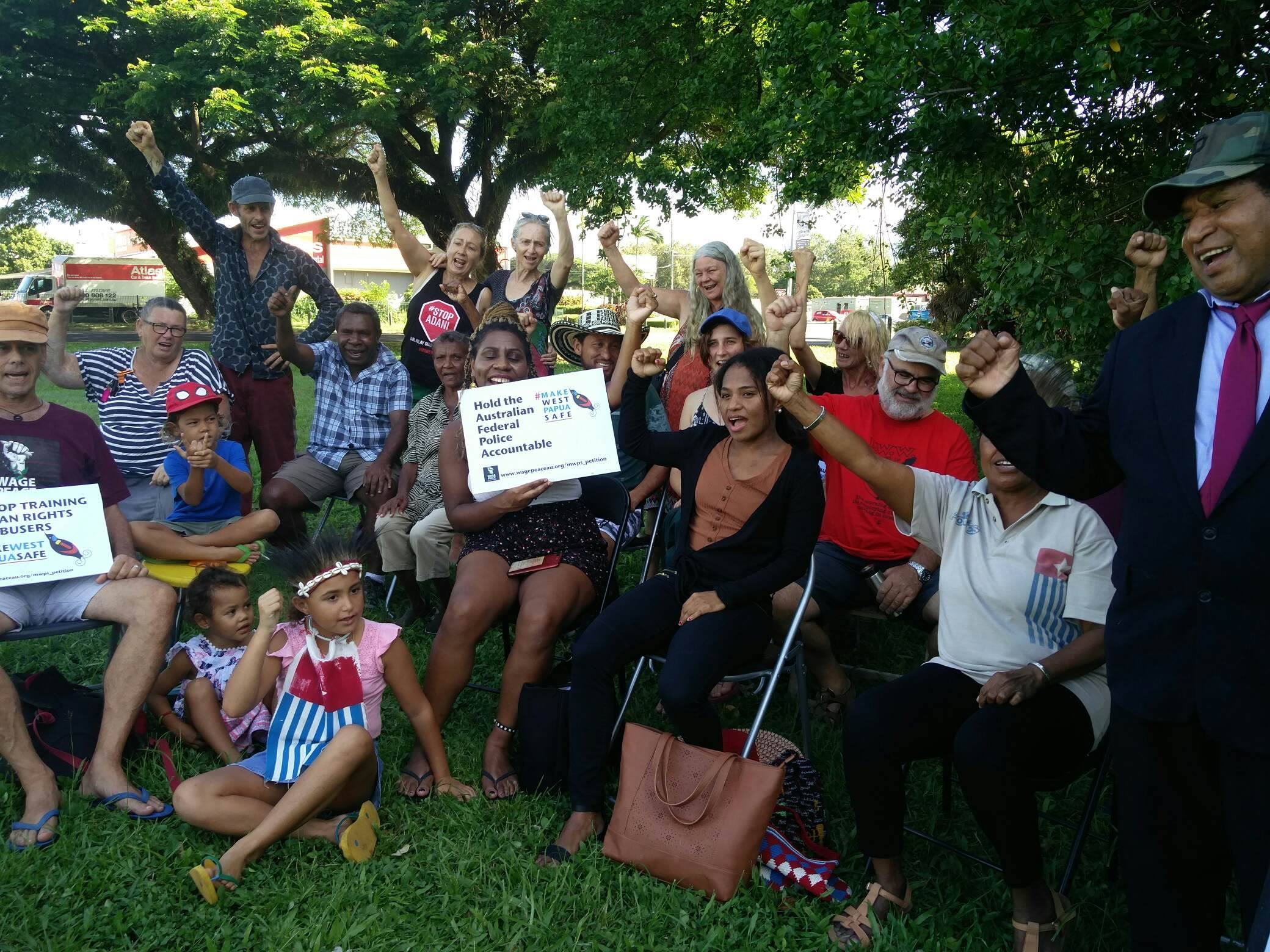 Since late 2018, Gimuy Peace Pilgrims has run a few small community events with the Cairns West Papua Community. We tell the stories of West Papua and develop people’s skills in public storytelling including social media.

In April 2019, we held a workshop with First Nations People from West Papua, Chile, Columbia and Australia to identify next steps. Our goal is to get a meeting and response from the AFP in Cairns about the training by the AFP of Indonesian security forces. We want to know why there is no transparency and no evaluation of this dangerous training.

As part of our weekend workshop we held an event at the Australian Federal Police headquarters in Cairns to launch the #MakeWestPapuaSafe petition.

It was a sort of public-private event where we had a presence under the tropical trees next to the AFP. They knew we were there.

It was an opportunity to tell stories of the elders of the community.

George and Irene Dimara told stories of resistance and escape from the Indonesian authorities. The story of how they came to live first in Port Moresby and then in Gimuy (Cairns) with their children.

The Dimara family story was then taken up by their daughters and by the crowd that gathered with them. People used the mechanism of witnessing and response to share what it meant to hear those stories at this time of great turmoil. At that point in time the uprising had not yet occurred. But there had been terrible floods in Nduga and the people were being shifted around by the authorities in ways that were worrying for us all.

We are happy to help other community groups with story telling so more people can be involved to #MakeWestPapuaSafe and #StopArmingIndonesia.

16.11.2018
The #MakeWestPapuaSafe campaign is rolling in Australia. Actions were launched in Cairns in November 2018. Our goal is to put pressure on...
Read More