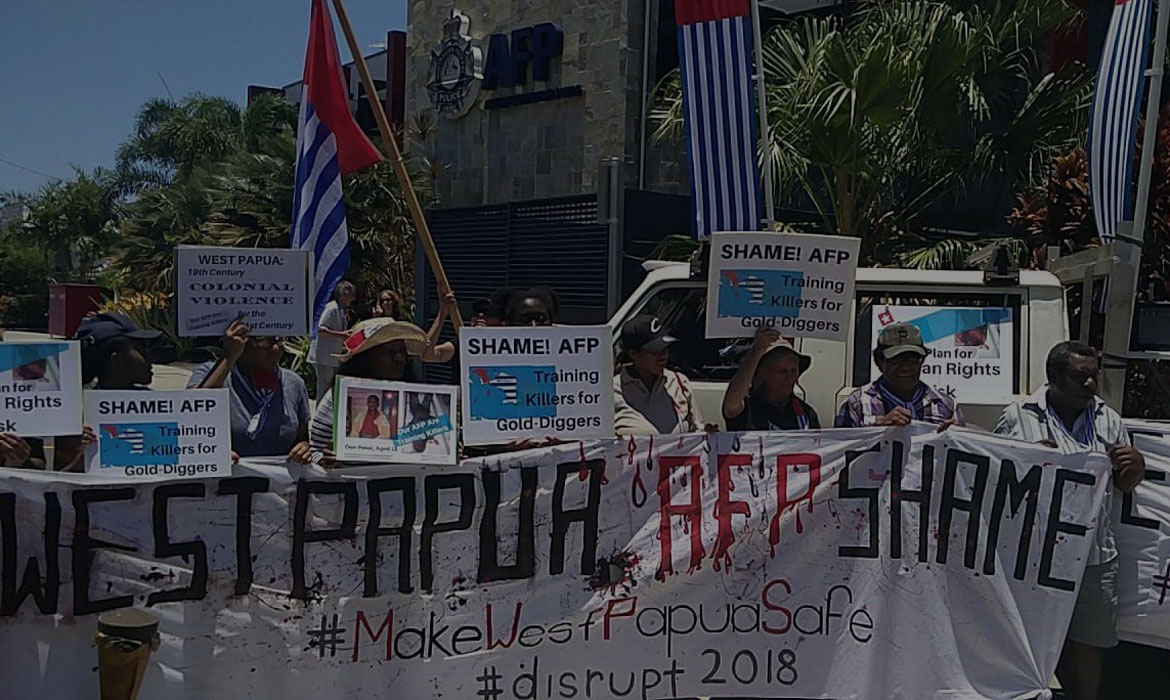 The #MakeWestPapuaSafe campaign is rolling in Australia. Actions were launched in Cairns in November 2018.

Our goal is to put pressure on the Australian Federal Police to stop training the Indonesian Police, including the paramilitary Mobile Police Brigade (Brimob) and the counter insurgency group Special Detachment 88 (D88), responsible for killing scores of unarmed West Papuan activists.

The goal for the first action was to ask the AFP why they were training Indonesian Security Forces and to ask the question: where is there any evaluation of the effect of that training?

These were questions asked by Senator Di Natale right back in 2012 in a Senate Estimates Committee. The program was quite new then but it has gone on to train Brimob and D88 which are major players in the repression in West Papua.

Members of the West Papua community cried when they saw people taking action. Many people have lived quietly in North Queensland for many years and have had difficult contact with their relatives in West Papua. There is so much pain.