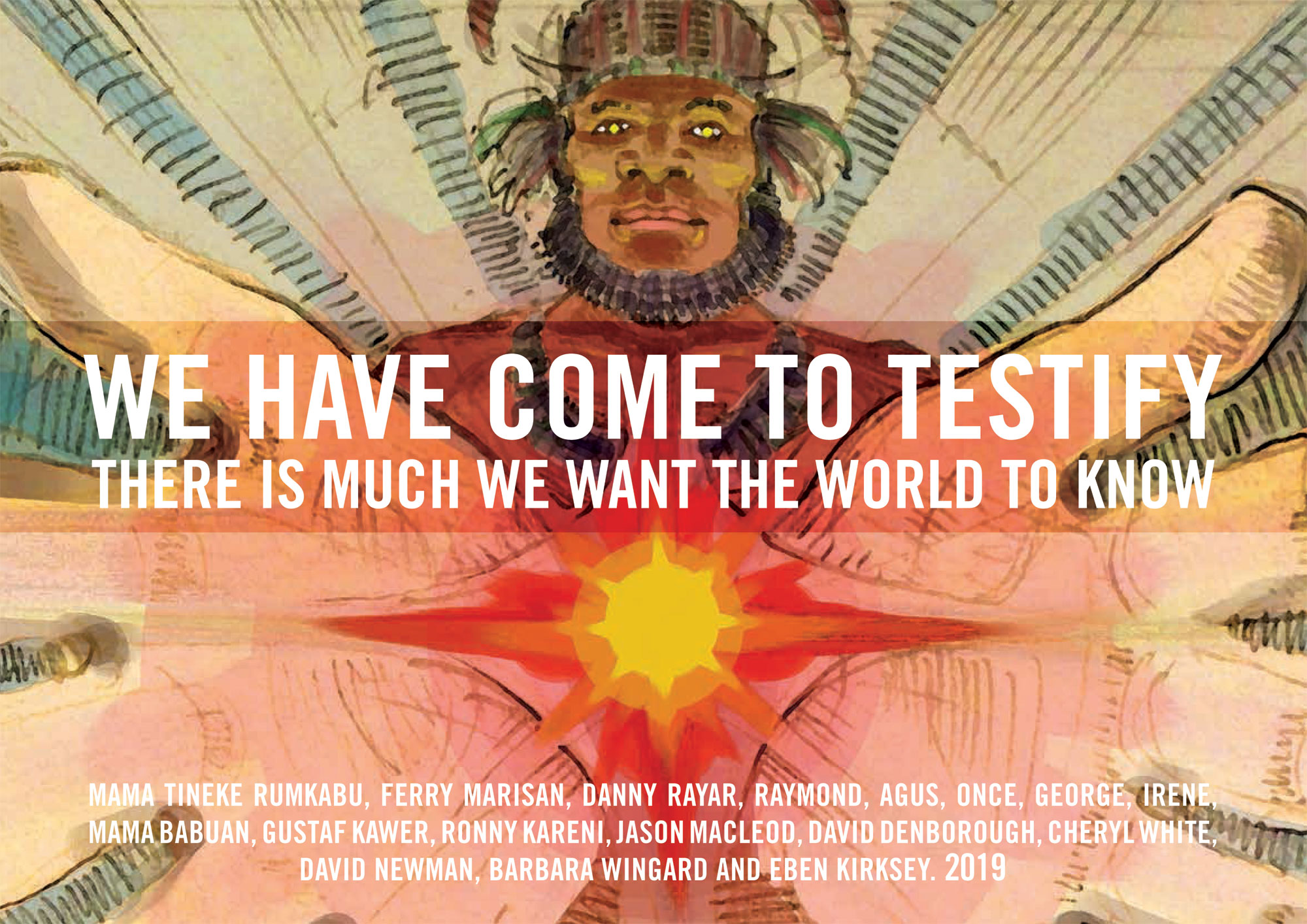 We Have Come To Testify - Book Launch

This launch event at Blak Dot Gallery will celebrate the talents of the many contributors to 'We Have Come To Testify" as well as to create a space to hear and share stories from Byak survivors and members from the West Papuan community.

Join us from 6pm for speeches and others, read testimonies, music and a screening of the short film about the project.
Yudha Korwa will be speaking at the event and there will be music from David Leha and David Bridie as well as more to be announced.

'We Have Come To Testify (There Is Much We Want The World To Know)' is a record and illustrated book that contains songs and spoken testimonies delivered over Melanesian beats and soundscapes. The illustrations by Michael Kumnick have been drawn based on the testimonies of survivors and witnesses of the 1998 Byak massacre in West Papua, as given at the 2013 Citizen’s Tribunal.

The events as told by the survivors echo the stories coming out of West Papua over recent uprisings in the towns and villages. The testimonies are spoken/written by Mama Tineke, Yudha Korwa, Ronny Kareni, Sixta Mambour, and Marcel Meltherorong with music produced by David Bridie and performed by Radical Son, the late Ferry Marisan, and Tio Bang amongst others.

'We Have Come To Testify' is proudly released on Wantok Musik
and is supported by Dulwich Centre Foundation, Make West Papua Safe, ELSHAM and The Australian Research Council.